Presentation on the history of highway 99 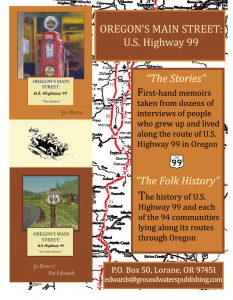 Long before Interstate 5 was built, the Pacific Highway—later known as Highway 99—became our “Main Street,” not only through Oregon, but from Mexico to Canada. Unlike I-5, Highway 99 rambled through towns and small communities, bringing their residents the means to connect with the rest of the state and nation.

On Sunday, January 22, 2017, at 2:00 p.m., Oregon authors Jo-Brew and Pat Edwards will discuss Highway 99’s origins and stories during a free presentation at the Albany Mennonite Village’s Lakeside Center, at 2180 54th Ave.

Their research takes us on a trip beginning at the California – Oregon border, and along the highway as it continues its steep climb through the Siskiyou Mountains. We’ll follow with the authors along the route—through the connected valleys where economies were built on orchards, forests, and farmland.

Jo-Brew’s book “The Stories” is filled with the accounts of those who lived, worked, and played in the communities that intersected with Highway 99. Over 150 individuals shared their stories with her—some in the form of old letters and diaries, but most in first-person accounts.

Pat Edwards took the lead as co-author on Jo-Brew’s second book about Highway 99, “The Folk History.” The book highlights 94 Oregon communities along the route.

The Linn County Historical Society hopes you’ll climb aboard Jo’s little red Rambler and take a ride up Oregon’s “Gut.” If you are too young to remember driving “the Gut” in your own hometown, come take the trip with us down “Oregon’s Main Street.” 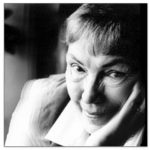 Jo-Brew is an Ashland High School graduate and a long time Southern Oregon resident. Before starting her work on the Highway 99 project, she authored seven fictional novels. Jo-Brew spent four years traveling throughout the State of Oregon, interviewing people who grew up in the days prior to the construction of I-5 to complete her Highway 99 research. She is an active member of The Association of University Women and was a columnist for the Creswell Chronicle weekly newspaper for seven years. 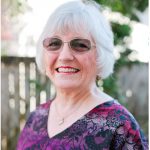 Patricia “Pat” Edwards is an author, editor, publisher and historian. She is the author of “Sawdust and Cider” as well as “A History of Lorane, Oregon and the Siuslaw Valley.” Edwards served as the managing editor and publisher for “Groundwaters,” a literary quarterly magazine distributed throughout Lane County. She is the current Lorane columnist for both the Fern Ridge Review and the Creswell Chronicle. For the past several years, Edwards worked alongside Jo-Brew, first as editor and collaborator for the initial Highway 99 book, then lead author on the second one.