Albany is located right in the middle of Oregon’s Willamette Valley, one of the world’s most-praised wine-growing regions. As if that weren’t enough, Oregon is also home to an award-winning craft beer scene, a booming artisan cider industry, and fine local distilleries. 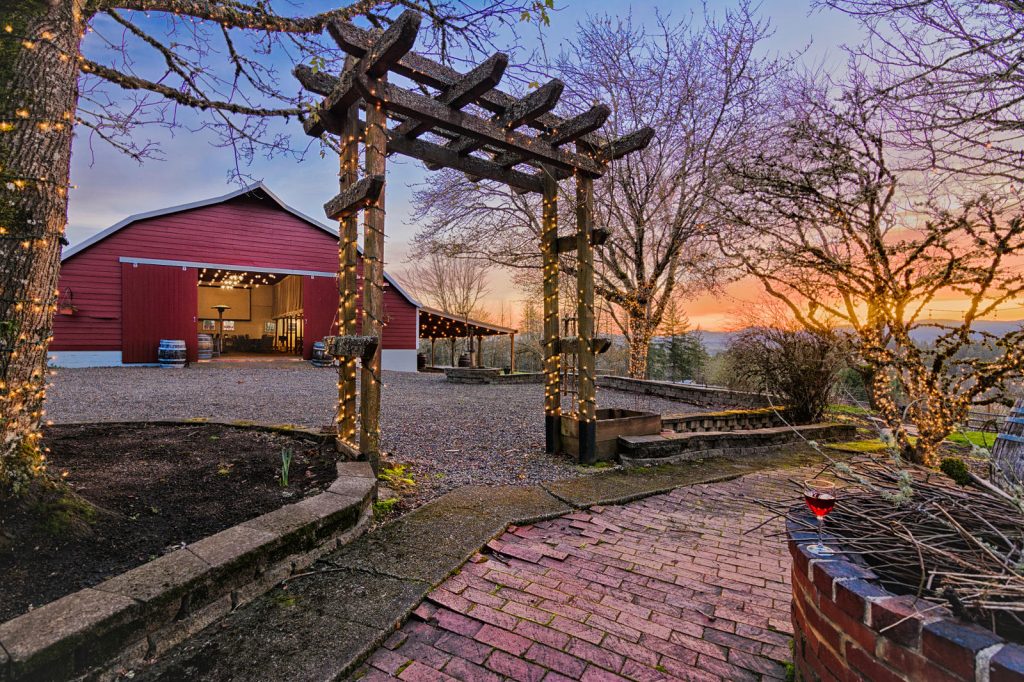 Schedule your tasting at Springhill Cellars Winery and enjoy the countryside: (541) 928-1009

In the gentle hills surrounding Albany, you can find many wineries within a scenic drive of less than an hour.

Springhill Cellars: Located on a ridge in North Albany, Springhill Cellars Winery is family-owned winery that produces award-winning Pinot Noir and Pinot Gris on an estate vineyard planted in 1978. Don’t miss their annual Federweisser Festival, a harvest-time celebration of Federweisser, a sweet and sparkling German-style wine.

Delfino Fine Wines: Establishd in 2018, Delfino is a boutique importer and wholesale wine trader in the heart of Oregon’s Willamette Valley. The tasting room is conveniently located right off Interstate 5 in Albany. Open regular hours but rsvp is preferred. Minors are welcome with their families.

Ankeny Vineyard: Enjoy an intimate tasting at Ankeny Vineyards, 30 minutes north of Albany and adjacent to the Willamette Valley Scenic Bikeway. Watch wildlife at nearby Ankeny Wildlife Refuge and savor a weekend breakfast or pizza from their wood-fired pizza oven.

For a full listing of Willamette Valley wineries, visit OregonWineCountry.org.

Oregon is home to dozens of fiercely independent local brewers, crafting tasty microbrews made with locally-grown hops and barley.

Calapooia Brewing Co.: Albany’s oldest brewery has been serving local brews for more than 20 years. Stop in at their downtown Albany brewpub for their famous chili beer or another artisan brew, crafted with pride onsite.

Deluxe Brewing: Specializing in German-style lagers, this Albany brewpub joined the brewery scene in 2013 and has quickly gained popularity. Visit their riverside tasting room in a reclaimed industrial space and learn why.

Mazama Brewing: Founded by husband-and-wife team Jeff and Kathy Tobin, Mazama is named after the Northwest volcano Mt. Mazama that erupted to form Crater Lake. Mazama features Belgian-style beers, served at local pubs or in their taproom on Highway 34 west of Albany.

No Rails Ale House: A terrific spot to sample 50 ever-changing taps. Eight taps are nitro beers and another eight are dedicated to ciders. They offer a little bit of everything and pride themselves on featuring yet undiscovered libations.

The Garage: They’ve got 54 taps of beer, wine, cider, kombucha and more in historic downtown Albany.

Rogue Hop Farm: Located 25 minutes north of Albany on a century-old hop farm is Chatoe Rogue, the local branch of Oregon’s famed Rogue Brewery. The farm grows hops, barley, honey and more, and they turn it all into award-winning beers and spirits. The Chatoe Rogue farm features a tasting room with both indoor and outdoor seating, live music in the summer, and a quirky bed and breakfast in an old farmhouse on site.

A new generation of Oregon artisans is reclaiming the centuries-old tradition of hard fruit ciders. Of the 12 cideries featured in Willamette Week’s 2014 guide to Portland ciders, two-thirds aren’t in the city at all–they’re in the Willamette Valley. You should stop by and taste the difference for yourself.

2 Towns Ciderhouse: Founded by childhood friends from Albany and Corvallis (those are the two towns their name refers to) this cider powerhouse has taken the Oregon craft cider scene by storm. With flagship varieties like the Bright Cider available year-round, along with seasonal specialties like the Nice Naughty (named one of Willamette Week’s top five ciders of 2013) stop at their tasting room on Highway 34 west of Albany to taste The Ginja Ninja, the Rhurbarbarian, or one of their other innovative ciders.

Vivacity Spirits: Oregon now is considered to be one of the most active small-batch spirits production areas and the Willamette Valley is emerging as an artisinal hot spot, including Vivacity Spirits, which distills everything from vodka to cranberry-flavored rum. The distillery is owned and operated by Caitlin Prueitt and her partner and spouse, Chris Neumann,

Spiritopia Liqueurs: Chris and Lori Beatty started the distillery in 2014 and produce award-winning liqueurs such as their ginger liqueur (which received the Best of Show ad Double Gold Medal at the 2016 Seattle International Spirits Awards), and cask-strength apple brandy made from PNW apples. Located off of 720 NE Granger Ave, Building B, in Corvallis, OR, it is an easy and quick drive from Albany.

4 Spirits: Named in honor of the four fallen comrades that owner/distiller Dawson Officer served with in Iraq, 4 Spirits makes fine whiskey and vodka and donates a portion of the proceeds from every bottle sold to charities benefiting soldiers. Their tasting room is located in Adair Village, a former military base just 20 minutes northwest of Albany.